A Space Godzilla Chapter 2 – “Return to the Planet”

It’s time for the conclusion of Nobuhiko Obayashi’s insane space odyssey, A Space Godzilla. I think we covered most of the backstory last time, so this time we’ll just leap directly into the text itself, supplemented by speculative translation notes for when things get… weird. Again, many thanks to Amanda’s valiant translation efforts. And same as last time, make sure to support an official release of this story if it ever happens. 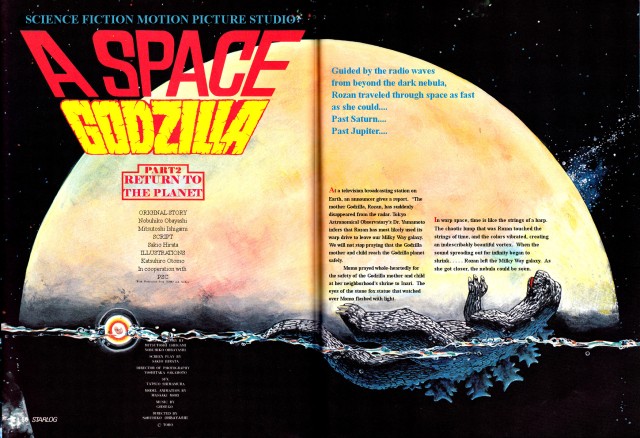 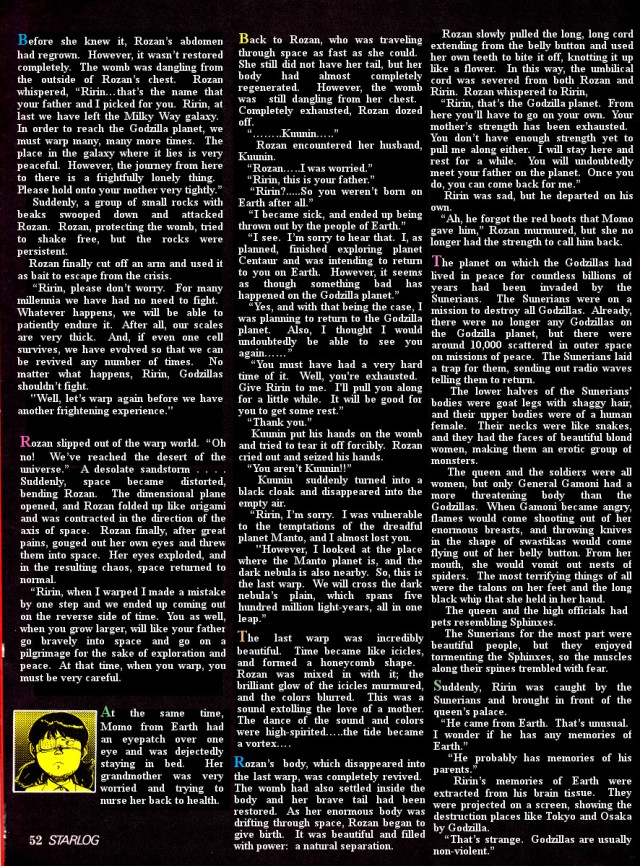 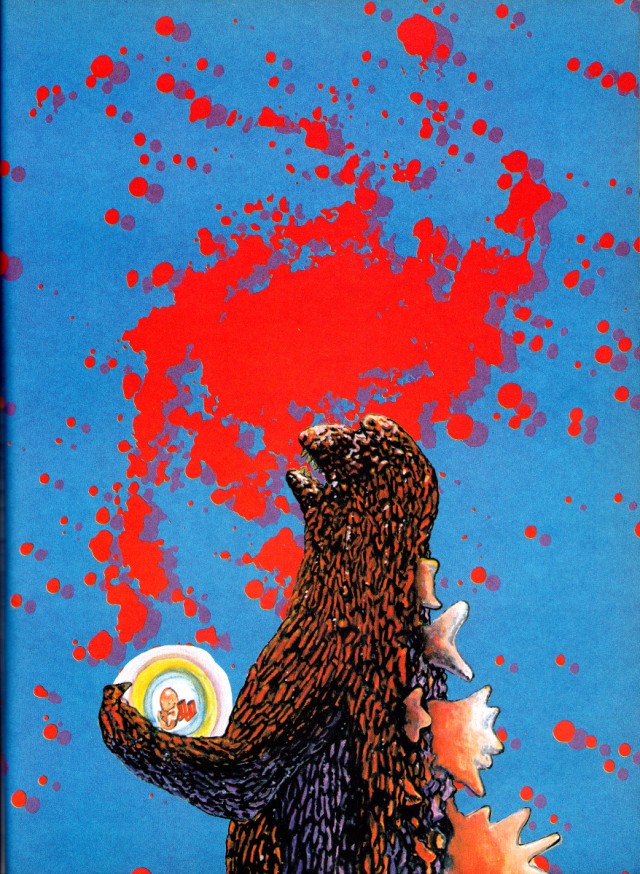 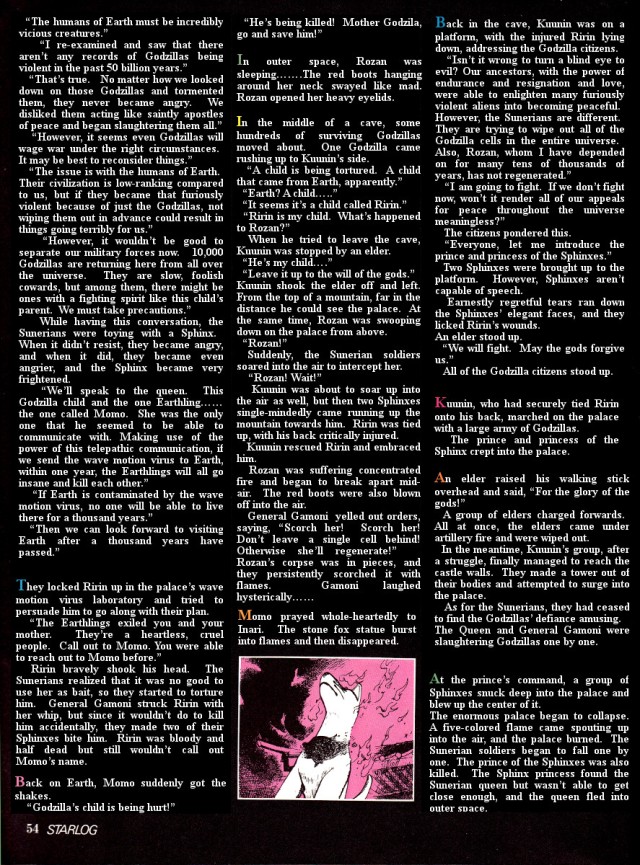 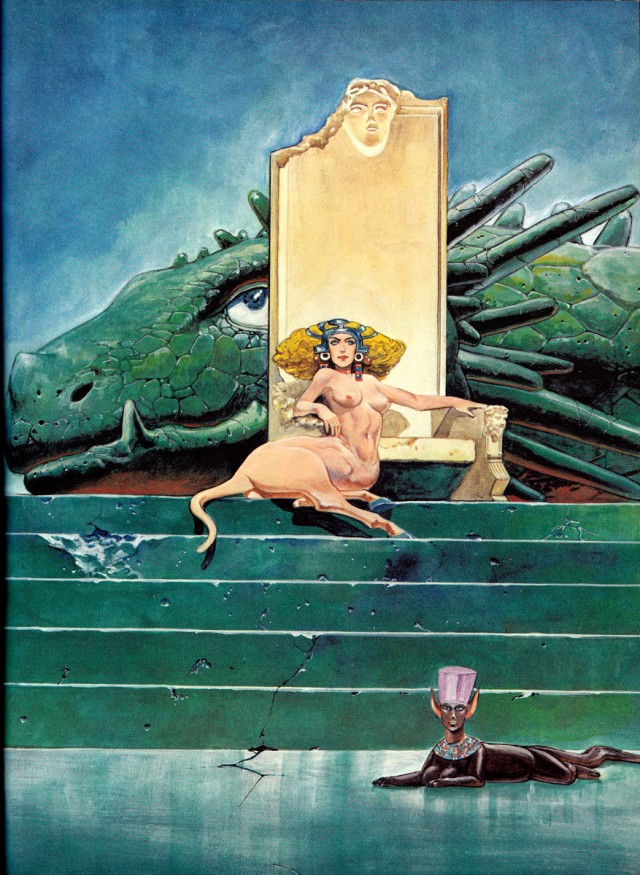 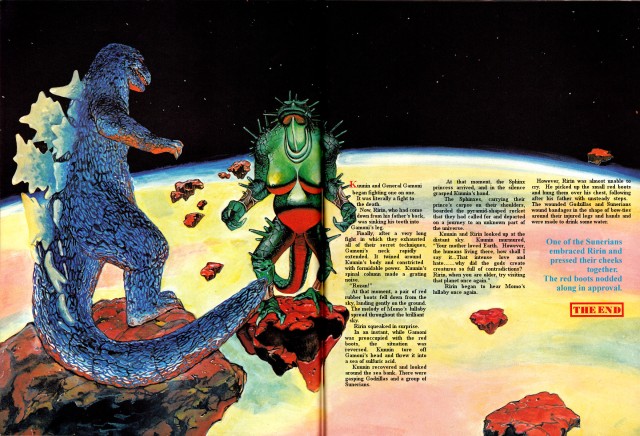 Thus concludes our translation project for A Space Godzilla! I hope you enjoyed; it’s been a blast shedding some light on this obscure, bizarre entry in Godzilla’s publication history. Now you can let Bandai know you want MonsterArts of General Gamoni, trading cards with Ririn and Momo, and a swarm of rocks with beaks in the next fighting game!