As you likely know, Kaiju Transmissions is a remarkable podcast that regularly brings us detailed discussions of frequently under-represented topics related to kaiju and tokusatsu filmmaking (and if if you didn’t know, check it out; you’re about to have a new favorite show). Hosts Matt and Byrd got to interview a number of guests at last month’s G-Fest XXIV, but due to technical difficulties, the audio came out sounding not quite up to broadcast standards. Rather than just chuck the interviews, they figured folks would get a kick out of reading the transcriptions, and offered to let me post them here. Kudos to their efforts, and enjoy the interviews!
-Kevin

Kyle Byrd: We are here at G-Fest 2017 and we are interviewing some of the special guests.  And right now for the podcast we have Michiru Oshima, who you know as the composer of many Godzilla films as well as various soundtracks, anime such as Full Metal Alchemist, and she has been generous enough to give us some of her time today.

Matt Parmley:  So thank you very much for being here.

MP: And we also have our esteemed interpreter and I will let you introduce yourself…

KB:  What got you interested in film music and how did you break into that industry?

MO:  When I finished music school, I started composing for commercials.  After that, I got offers for TV dramas, then movies.

KB:  Was doing Godzilla music something that you wanted to do or was it something that was just offered?  Were Akira Ifukube’s scores an influence at all?

MO:  The director offered me the job.  I’m a woman, so I didn’t really know about Godzilla before getting the job, including the previous music.

KB:  As far as film scores go, are there any movie composers that you listened to growing up that may have influenced your work?

MO:  I love Kurosawa’s movies, and I always wanted to work with him before he died.  I really love Masaru Sato’s music for those films.  I also really love Jerry Goldsmith, who is a very famous composer in America.  I love him.

KB: Ah, yes!  Alien, Gremlins, Planet of the Apes!  His work is great.

MO:  Yes, yes.  About two years ago, I visited America and I met the director [Chris Mirjahangir], who asked me to do the music and I started working on it.

MP:  So we’ll be hearing music for this particular project?

KB: What is your general process for having to score a film?  Do you have to see the movie first or some of the footage or do you just get a script?

MO:  For TV dramas, all I really see is the script.  But for movies, I see footage and I get to see a lot more of the movie. 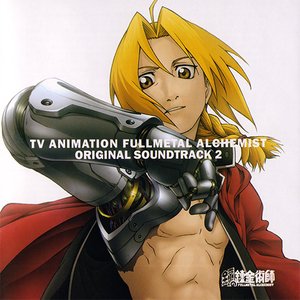 Fullmetal Alchemist (2003) is one of Ms. Oshima’s many popular TV show soundtracks.

KB:  How is scoring for animation any different than scoring live action film?

MO:  Well, animation has a lot of action and quick movements and editing, so you have to score around that.  Animated characters also can’t physically express their feelings as much as real actors, so it takes extra effort to convey those things sometimes.

MP: Do you have a favorite score that you’ve composed or one that you’re especially proud of?

MO:  I always try my best and work really hard, so I always say my most recent work is my best work.

KB:  Did you watch any of the old Godzilla movies when you started writing for Tezuka’s Godzilla films?

KB: Do you have a favorite movie from the Godzilla movies you scored? 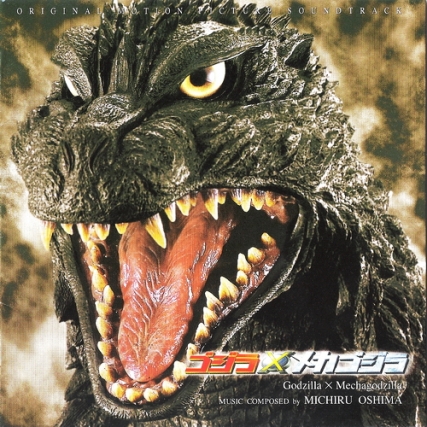 MP:  When you compose music do you typically work from piano or do you use digital mock-ups?

MO:  I use keyboards, but I also use a lot of computer software.

KB:  You’ve done a lot of video game music also.  How is that different from doing television or movie music?

MO:  When I do game music, the games aren’t done yet.  It is very difficult to get what the directors want.  It is very hard to imagine how everything will move and look.  It is hard to know how it should feel since games are interactive.   I also don’t play games (laughs).

KB:  One particular film I want to ask you about is Princess Raccoon from 2005 directed by Seijun Suzuki.  Were you familiar with his work prior to working on that?  And what was it like working with him on the film?

MO:  Yes, of course.  So is Seijun Suzuki famous in America?

KB:  He has a strong fan base here.  He isn’t as famous as Kurosawa or anything, but there are a lot of people here who really love his films and know the difficulty he had making films as well.

MO:  Ok.  Well I enjoyed working with Suzuki a lot.  He made very special movies and he was a very special director.  One time I asked him what a scene was going to look like and he just said “a dock in the fall time.”  Then when I saw the movie, the scene didn’t even have a dock!  So what I’m trying to say is that he had a very special and unique way of doing things and thinking of things.

MP:  Were you familiar with his visual style before you worked with him?

MO:  He’s very well known in Japan, so I was familiar with his work already.

KB:  Princess Raccoon was a musical.  Was the music for that movie composed to the lyrics and dialogue?

MO:  Yes, well I made the music that they are actually singing to!  So it was all my music, then the lyrics and singing came after.

KB:  You mentioned Masaru Sato earlier.  Were you familiar with the music he did for several Godzilla films as well?

MO:  I never heard his Godzilla music.  I was more interested in his Kurosawa scores.  Sanjuro made a big impression on me.

KB:  After you did the Godzilla films, did you go back and listen to the music for any of the older movies at all?

MO:  Toho sent me a box of all the movies, so sometimes I’ll watch some of the movies.  So I’m more familiar with the music for them now.

KB: So between animation, live action, and video games, does she have a favorite medium to write music for?  And why?

MO:  I enjoy doing all of them for different reasons.  Everything is different.  But I definitely like doing live action the most.

MP:  What is the most difficult kind of scene to compose for?

MO:  Probably scenes where there isn’t much going on.  No action or anything.  Scenes that are kind of just people sitting and doing nothing (laughs).

MP:  (laughs) Oh, ok.  That makes a lot of sense actually.  Well we have some other people waiting to talk to you, so thank you very much for everything.  Thank you for being on our show and we’re big fans of your music.

KB:  Yes, thank you for coming!  And thank you talking with us and for coming out here.  Are you enjoying G-Fest so far?

KB:  Well hopefully you’ll come back one day.  We’d love to have you back some day.

MP:  Your Godzilla theme is awesome, by the way.

KB:  Yes!  One of my favorite Godzilla themes!

MO: Thank you for that!

KB:  Yes, thank you again for talking with us.

MO: Thank you very much.